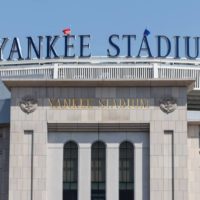 The New York Yankees turned a ground ball by Oakland’s Sean Murphy into three outs to beat the Athletics on Sunday.  With runners on first and second and holding a 2-1 lead in the ninth inning, the Bronx Bombers completed their third triple play of the season, tying the MLB record.

Just three days earlier, the Yankees completed an unconventional triple play against the Toronto Blue Jays. Their first triple-play of the season was on May 21 against the Chicago White Sox. The Philadelphia Phillies were the last team to end a game with a triple play when they accomplished the feat against the New York Mets in 2009.

The Yankees have now won five of its last six games, after falling to just one game over .500 following a 7-0 defeat to the Philadelphia Phillies on June 13.